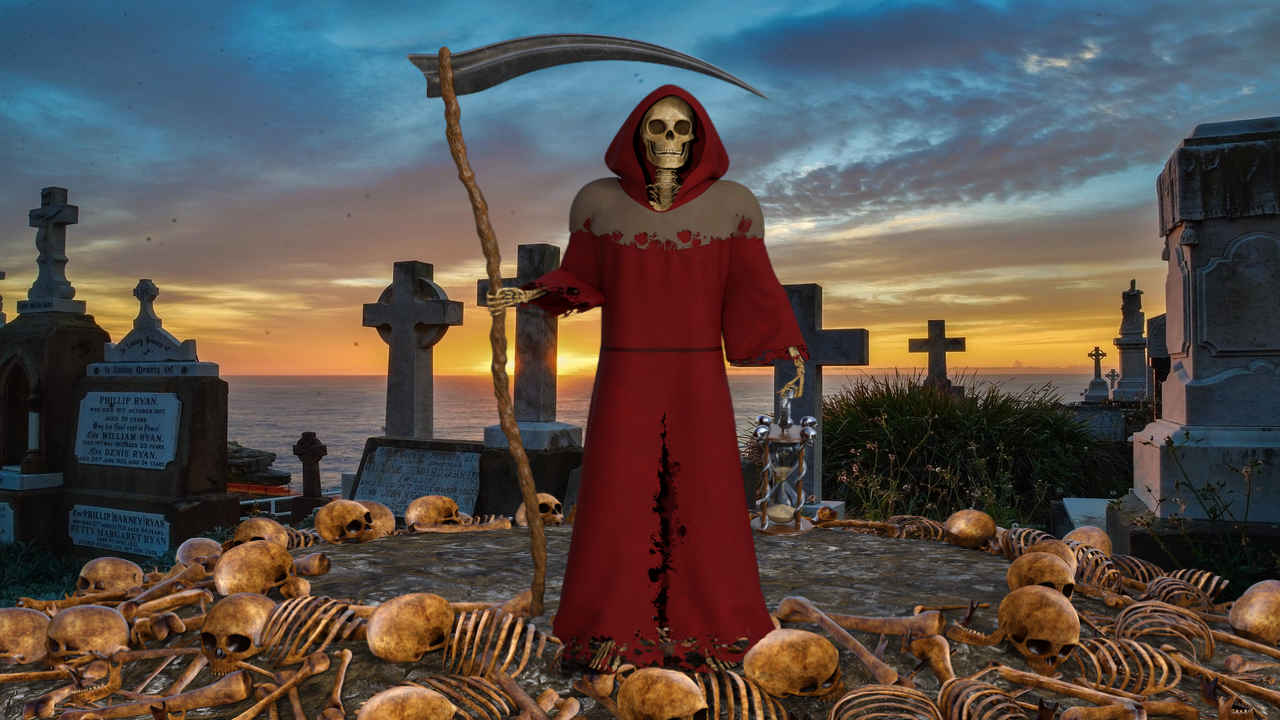 There is an old legend about a rich merchant in Baghdad who sent his servant to the market. While he was at the market place, he was jostled by someone in the crowd. When he turned around, he saw a woman in a long black cloak and knew it was Death. The servant ran home to his master and in a trembling voice told him about the encounter and how death had looked at him and made a threatening gesture.

The servant begged his master to lend him a horse so that he could ride to Samarra and hide so Death would not find him. The master agreed and the servant galloped away. Later the merchant went down to the market place and saw Death standing nearby. The merchant asked, “Why did you make a threatening gesture to my servant and frighten him?”

“That was not a threatening gesture,” Death replied. It was just that I was startled to see him in Baghdad because I had an appointment with him tonight in Samarra!”

Your Appointment with Death Cannot be Avoided!

Each of us has got an appointment with death which cannot be avoided or postponed.

Hebrews 9:27 says, “It is appointed unto man to die….”
This implies that an unavoidable meeting with death has been scheduled for each one of us. Because death is a part of life that we can’t avoid, we should not avoid thinking about it but should meditate on this fact regularly.

… death is a reality of life. It is no respecter of persons. Death takes the king, and will not spare the beggar. Death will ignore and breakthrough every barrier to visit the rich in his mansion, and it will stalk the poor man on the streets. Death will outwit the best professor and not argue with a fool. It will snatch away the medical doctor and bewitch the medicine man. Death flies with you in the Aeroplane and rides with you in the ‘matatu’ (a Kenyan taxi). It swims with you in the pool and sails with you in the sea. It walks with the pedestrian and drives with the motorist. Death will snuff out the life of a 120-year old, and not spare a newborn. Death cannot be avoided or evaded.
— African Bible Commentary

❧ Death reduces all men to the same rank. It strips the rich of his millions and the poor man of his rags . . .Death knows no age limits, no partiality. It is a thing that all men fear.
— Billy Graham

After Death, God Will Judge You!

Death is not a normal part of life to which we should resign ourselves. According to Romans 6:23 and Romans 5:12, death is a sign that that is intended to constantly remind us of the fact that God is angry with us because of our sins.  Although we don’t usually like to think about death, we can learn a lot by reflecting on how short life is (the brevity of life), the certainty of death, and the eternity of the God who rules over both life and death. The reality of death wipes away all our pretenses, shatters all our illusions of pride and independence, and reminds us of God’s full authority over us and His anger against sin.

The reality of death should also compel us to desire to find a home in God that will last beyond this life. When we think of this world as a temporary home, it loses its charm, and this fact should move us to seek and find refuge in God who is eternal. The gospel gives us this great piece of advice: to put our faith in the Lord Jesus Christ if we want to live forever (2 Tim. 3:15). I pray that none of you will see death until you have trusted Jesus Christ as your Lord and Saviour. Pray that God will forgive you for your sins, give you eternal joy and satisfaction in His love, and work in you so that the things you do will have lasting value.

Let us consider today how short our life is and pray like Moses did in Psalm 90:12 requesting the Lord to “teach us to number our days that we may apply our hearts unto wisdom.”

The Inevitable Death of Life

Is Your Soul Prospering?

How should you view God when tragedy strikes?