Bahrain is located on a small island in the Persian Gulf. It is mainly comprised of a Shia Muslim majority, but with a ruling Sunni Muslim family. It is positioned between the two heavyweights of Islam: the Saudis and the Iranians—Sunni and Shia.

In Bahrain, Islam is the official religion. Although the constitution of Bahrain provides for religious freedom on one hand, this constitution is quite confusing and contradictory because the Sharia or Islamic law remains the driving of the country’s legal system. Civil procedures such as divorce and child custody are overseen by Sharia courts.

Despite being a country with an Islamic majority, Bahrain is religiously tolerant compared to its neighbors in the Middle East. Foreign nationals, as well as local minorities, are able to practice their religion without interference from the government or other religious groups.

As a result of its relative religious freedom and human rights concerns, Bahrain was removed from the Open Doors list of the top 50 countries where Christians are most persecuted that was released in 2019.

Furthermore, in demonstration of its religious tolerance, Bahrain’s King, Hamad bin Isa Al Khalifa, authored and signed “The Kingdom of Bahrain Declaration” in July 2017. This declaration called for an end to religious extremism and advocated for greater religious tolerance in the Middle East and other places around the globe.

In 2008, Bahrain, a predominantly Islamic country did something rare. It broke a record among the Arab states and appointed a non-muslim woman named Houda Ezra Ebrahim Nonoo as its ambassador to the United States. In so doing, Bahrain became the first country to do such a “strange” thing among the predominantly Muslim nations and this was a further demonstration of its religious tolerance.

Additionally, some years ago, the king of Bahrain, Hamad bin Isa Al Khalifa, donated land for the construction of a new church. This again was another act of religious tolerance.

Generally speaking, Bahrain has modeled for the Middle East region that it is possible to be a distinctly majority-Muslim country and still be an entirely welcoming society that is not radically opposed to the freedom of worship.

In 2010, the citizen population of Bahrain was 99.8% Muslim. However, when the non-native population is included, Bahrain’s overall Muslim population falls to about 70%. Christians in Bahrain make up around 14% of the population.

Christian converts from Islam often lose their jobs and their positions in society and are usually rejected by their families. But in spite of this, and unlike other predominantly Muslim countries, Bahrain has no history of engaging in forced religious conversion or of killing, kidnapping or imprisoning Christians.

A large number of expatriate Christians work and live in Bahrain and are relatively free to practice their faith without interference from the Government. These Christians are also permitted to maintain their own places of worship and to display the symbols of their religion. However, evangelising Muslims is illegal.

Christians in Bahrain have access to Bibles and other Christian publications which are usually displayed and sold openly in local bookstores without restriction. 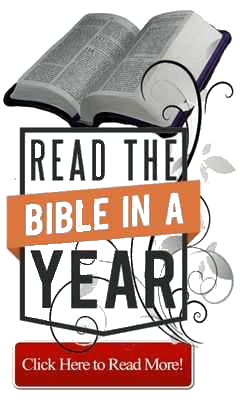